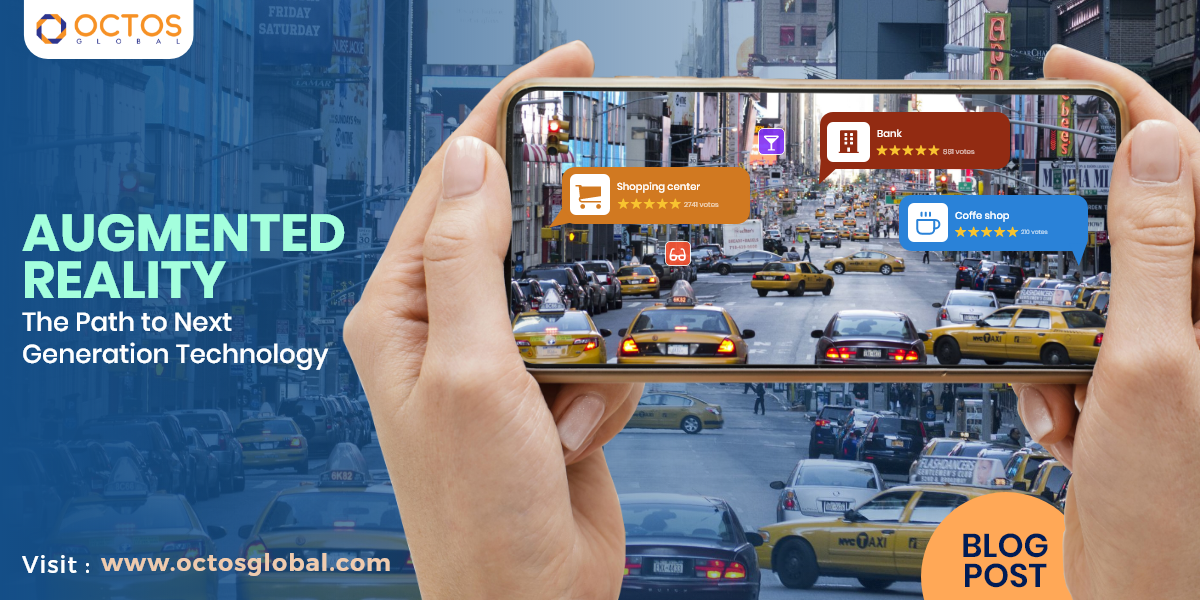 Augmented Reality - The Path to Next Generation Technology

What Does Augmented Reality Mean? Augmented Reality is an experience created by a designer for the user to enhance parts of users' physical world generating input from a computer. The added details can be in the form of sound, video, graphics, etc which adds more information to the existing view of the world.

A common misconception regarding Augmented Reality is that it is taken to be the same as virtual reality. However, it is not. In virtual reality, a completely new environment is created for the user whereas Augmented experience is enhanced to the existing real world.

Below are the Reasons Why AR is Anticipated To Be The Future:

1. Close Association with Artificial Intelligence - Artificial Intelligence is kind of needed for the operation of augmented reality. There are a lot of social media apps developed with a combination of AI and AR that you must be using. For example, on Instagram, you see various filters available; all those are created with help of AI and AR. Given the popularity of such apps among users, we are sure a lot more similar apps are going to come in the future which will require augmented reality.

2. Use in The Field of Education - Augmented reality finds its application in training and teaching technology. AR helps the transmission of data or information to the learner in real-time. It also has decreased the amount of risk and the cost associated with training. In the coming time, you can see a lot of industries using augmented reality which will help them save cost.

3. Uses in Retail - Users are using smartphones more than ever before while looking for products in a physical store. AR takes their search a notch up; it allows them to select a product, for example, a bike. They can select a bike that they like in the showroom and customize it on the app to find out which color and features they might like. All this is possible because of AR.

4. AR in the Automobile Industry - A lot of automobile companies are working on dashboard-mounted display graphics which will reduce the chances of accidents as it can point out hazards. AR technology also can take routes that can protect AR data on the user's car windshield. It will allow a user to identify frequently used lanes, information about the right direction, navigation prompts, etc.

Instances Of Augmented Reality Being Used • IKEA makes uses of AR to show their consumers how furniture would look in their home • Social Media applications make use of AR to create filters that are now so commonly used • The popular game Pokemon Go made use of AR to enable people search for Pokemon, thus revolutionizing mobile gaming • Manchester United Football club utilized AR and enabled fans to sit with the coach

With usage in the above areas and many other, many technology experts believe AR to be the next big thing in technology. Many believe today that any issue can now be solved with the help of AR solutions. In the coming years, we will see an increase in efficiency, quality, and productivity of any object that is using AR technology.