Vue.JS Vs React: Which One to Pick for Your Next Project?

Vue.js and React are the two most popular front-end frameworks in the custom software product development industry right now. In recent few years, they have been topping the list of most used and preferred frameworks by the developer community.


Both JavaScript-based toolkit systems offer a productive approach to developing dynamic user interfaces that deliver high performance. However, both have their advantages over the other and the purpose of fulfilling different business needs.


So in this blog, we will find out the major differences between the two that will help you choose the ideal framework for your next project. Let us begin!

Background Check on React.JS and Vue.JS

React.JS is an open-source framework developed by Facebook (Now Meta) to create dynamic components for its web applications. However, the framework gained huge popularity due to its easy-to-use interface and ability to build productive applications. Being a Facebook entity, React indicates that it will continue to advance with long-term support and better stability.


On the other hand, Vue.JS was developed by a former Google employee, Evan You. Evan built Vue.JS in order to make the front-end app development more refined. Hence, he clubbed the best features of Angular, Ember, and React and built Vue.JS to make the software development swifter and better. Vue.JS is now maintained and further advanced by Vue.js Core Team.

What is Similar Between React and Vue?

Before discovering the differences between Vue.JS Vs React, let us first glance at some of their common features that are worth noticing:

This is undoubtedly one of the most significant features of both frameworks. Virtual DOM is essentially a programming concept in which a virtual representation of UI is stored in memory and synched with real DOM to implement quick changes in real time.


It uses the concept of abstraction to improve the performance hugely and enables the framework for more declarative DOM manipulation.

Both the frameworks use component-based architecture, which makes them extremely lightweight. However, Vue.JS is more simplistic and hence is lighter than React.JS.

One of the advantages of using both these frameworks is they have the support of extensive libraries and tools. These libraries are open source and help you extract all kinds of programming codes.
How is React.JS Different From Vue.JS?

The fundamental difference between Vue.JS and ReactJS Development is how they approach the app design. React primarily focuses on building reusable UI components, whereas Vue.JS facilitates developers with effective front-end tools to build the app design. Vue.JS syntax is much simpler than React. As in React, separate files need to be written for each component.


Here is a table depicting the differences between Vue.js Vs React:


Many large corporations have leveraged Vue.JS to build their applications. Some enterprises that use Vue.JS apps are Adobe, GitLab, Alibaba, WizzAir, Netflix, NASA, and more.

Vue.JS Vs React: Which One to Choose? 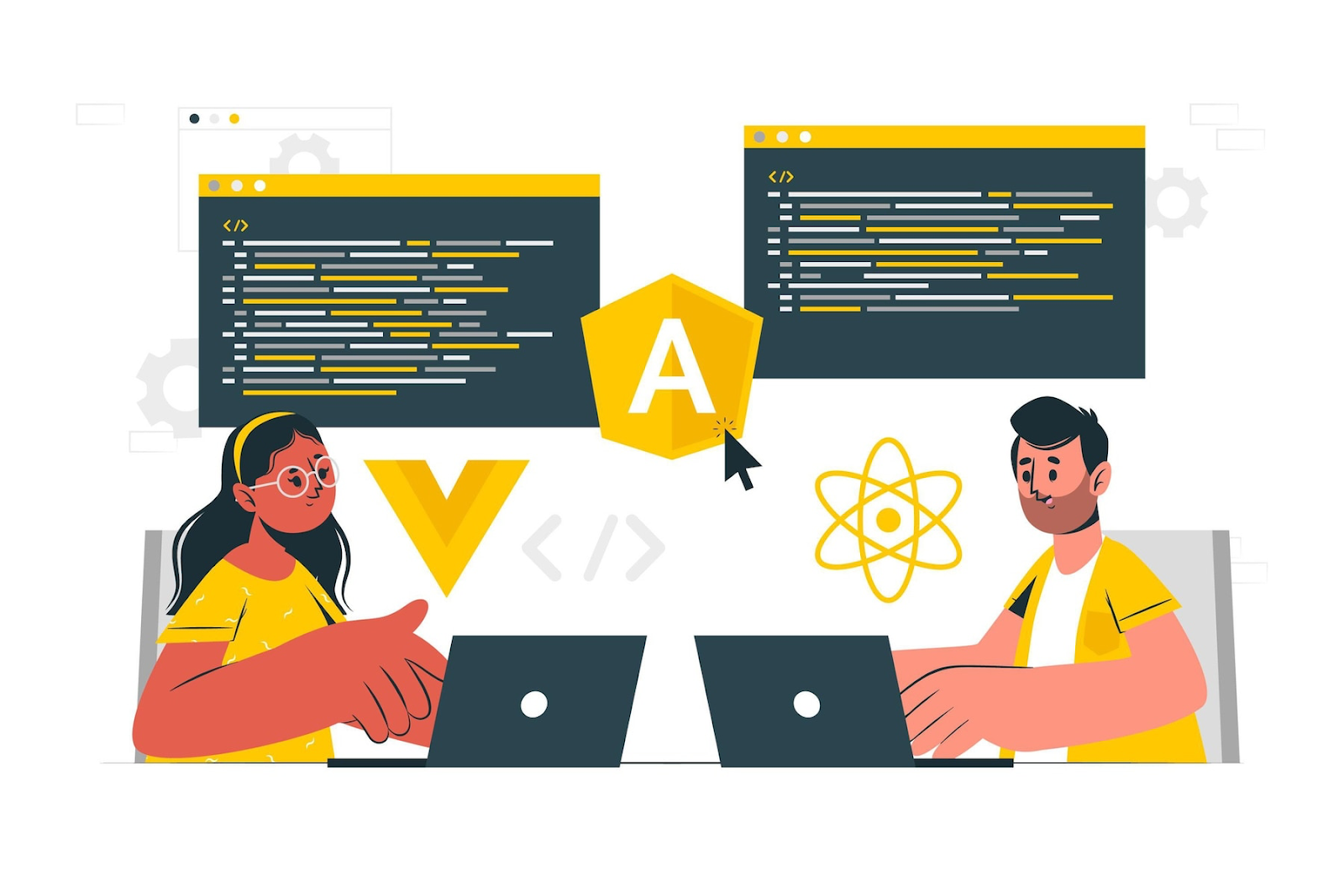 Let us break down the features, potential, and use cases for both frameworks to help you decide on which one to choose for your project:


The Final Verdict: React Or Vue.Js?
Vue.JS and React, both frameworks, are highly capable of advanced app development. However, both have their benefits and limitations for different business requirements. So you must choose the framework according to your project needs. Rest assured, you will get a mind-blowing application with both these JavaScript frameworks.