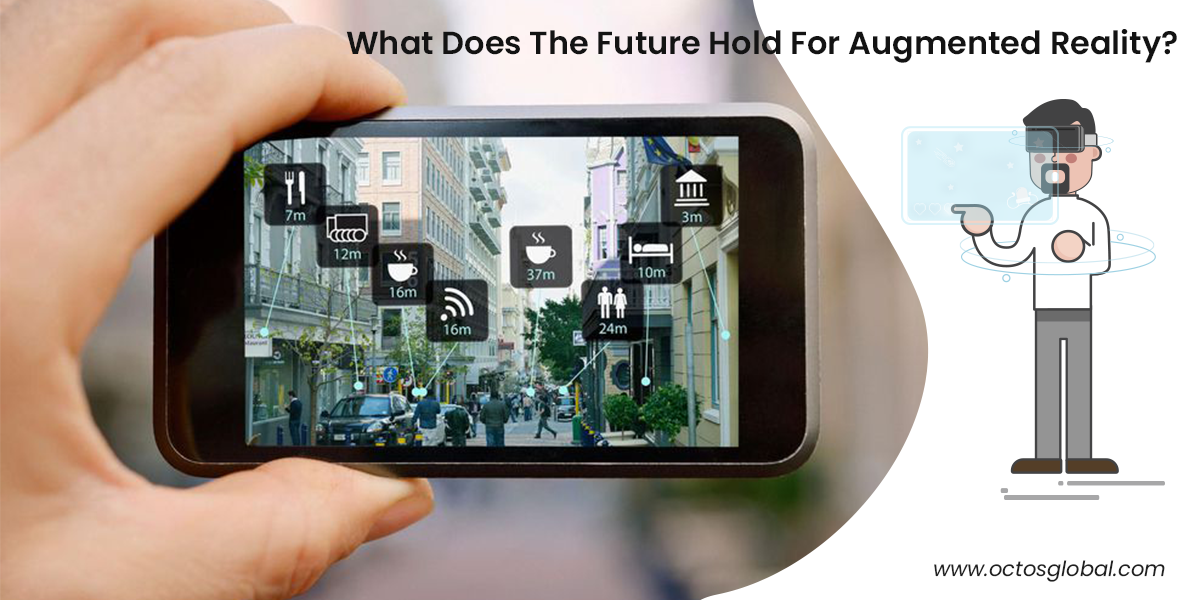 What Does The Future Hold For Augmented Reality?

Ins and Outs of Augmented Reality:

The AR/VR market is going to expand up to $150 billion by 2020. Moreover, the augmented reality has got the lion's share of the market at $120 billion.

Major segments such as medical, healthcare, travel and tourism, automobile, military are looking into augmented applications and devices to enhance the efficiency of their operations. This segment has offered a multitude of solutions to various problems and it is an added advantage to the already existing features of the services.

Marketing is a key factor that contributes to the success of a product. Augmented reality has upped the marketing game for a lot of businesses. Businesses now develop innovative and enticing applications in order to draw the attention of the user, for example IKEA has an application where you can place furniture in your house using this application. There is strong demand for augmented applications and devices, and this is just the initial stages, augmented reality will continue to grow at a rapid pace.

Virtual reality and augmented technologies are very different from each other. Virtual reality is a segment where the user is placed in a virtual or imaginary world and gets to explore the world that is not the real world. It’s completely absorbing and fully immersive but it’s not real. Here you may control the actions of the imaginary world through devices such as a haptic controller or head mounted display. Augmented reality is where in the real world you can use applications to enhance your perspective your natural habitat.

The virtual reality segment when introduced had shown a lot of potential, but gradually augmented reality has been overtaking this and now almost all the businesses use augmented reality applications and devices as a part of their services.

The Future Through Augmented Reality:

Times are changing, witch change comes a variety of new developments. Some succeed and some fail, but augmented reality is one such technology that is going to transform the way we function and operate. Augmented reality has been slowly and steadily making inroads into all aspects of our life. The way we navigate, travel, the gaming industry and entertainment industry are few of the examples that augmented reality has shown growth and potential in.