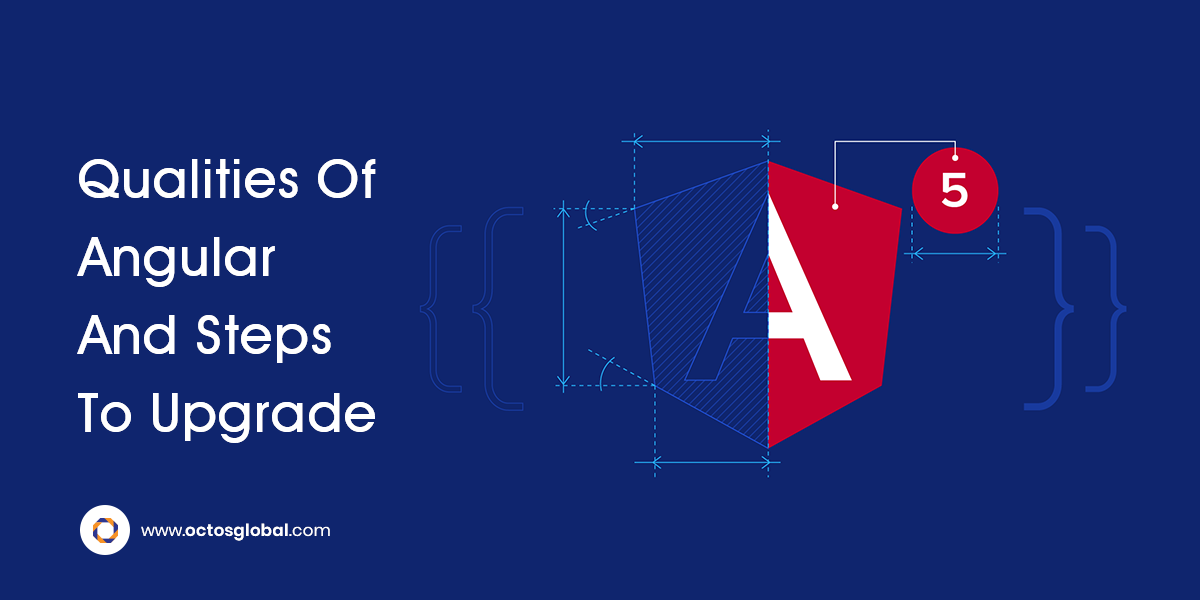 Qualities of Angular 8 and Steps to Upgrade

As technology becomes more and more seeped and ingrained in our daily lives, the behind the scenes of how the applications are developed and created is also exciting to witness. Users just see the end product, but the intricate and minute details, tools and technologies used to create these applications is vast and varied. It’s an exhilarating time in the world of developers, as new frameworks, platforms and tools are being launched. The recent launch being angular 8 and the multitude of benefits and advantages it brings to the creation of web and mobile development applications.

Angular has been in the market for the last ten years , first being launched in 2009, has now released its latest version Angular 8. With its huge ensemble of features and its remarkable list of changes. As an front end framework using the javascript language it comes as highly recommended platform for web applications development. Angular 8 has incorporated a whole new set of qualities that developers are now exploring.

Qualities of Angular that are Commendable:

Improvised Quality- A Boost from the Other Versions

Angular 8 is focused on the quality of the platform, due to which they have added the feature of including web workers which are now an integral part in building the production bundles, thus enabling CLI to allow for providing one bundle for every web worker.

The foundation of angular is Bazel, but version 8 of angular allows to be an opt-in, and bazel brings to the table a whole set of added advantage, as it allows for the application to be constructed a lot faster, can build backends and front-ends using the same tool and it can  also change or improvise a certain section of the application rather than starting from scratch.

Easy Up gradation- Tasks Made Simpler

Using route API’s and lazy loading the details of the application from one version to another version of angular is made easier. This shift could happen only through the introduction of lazy loading.

In order for angular to become an even more performance enhancing application , lazy loading was introduced. In the earlier version , if a mistake or an incorrect value was entered while coding , the platform would still consider it and accept it as the right value. This would cause a glitch when trying to build the application. Lazy loading has reduced this to a task where through angular routing large files can be reduced to smaller sizes , and can lazily load the files required.

The angular 8 version has been upgraded to include tools such as RxJS , typescript and 3.4, the newer applications to be built of the platform will be default use the latest versions. As the data base has been updated to include Firebase, applications are now being launched using CLI

The angular 8 version is all about integrating and inclusion, wanting to give developers a platform where they have everything they need to build and develop applications , keeping that in mind they have included SVG template to be apart of the platform , thus allowing for a more interactive graphics generation in  the applications.

Data Analytics – A Much needed Feature

In angular 8 version , the CLI , allows for usage data analytics, opening a whole new space for improvement , by collection data related command and flag used to execution and operating system also data related to node version and ram size is used to analyse for any problems that need to be overcome. These can be worked on and smoothened out and also used for future references as well.

In order to upgrade to angular 8 you need to have typescript 3.4, along with Node LTS 10.16 version or anything above that.

The steps to upgrade are fairly simple and are not time consuming.

Turing over a new page (Conclusion) Angular 8, though a fairly new launch has made some break through  changes and developers are all waiting to test this new improvised version to create applications that will be innovative and creative. As angular 8 gives them a whole lot of new features to experience, its an exiting time to see what new applications and devices will now be launched. For now angular 8 is making waves and  comes highly recommended as a platform for developing applications.